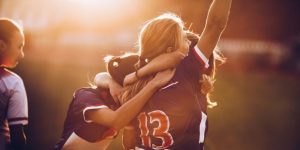 Athletic competitions are not just a showcase for athletes’ talents and abilities. They are also a source of inspiration for many as they watch their favorites teams, coaches, and players fight through challenges and achieve victory. Here are some inspiring quotes from well-known leaders in sports.

“There may be people who have more talent than you, but that’s no excuse for anyone to work harder than you.” – Derek Jeter

As longtime captain of the New York Yankees before his retirement, Derek Jeter led by example through his work ethic and tireless determination.

“The only place success comes before work is the dictionary.” – Vince Lombardi

As coach of multiple championship-winning Green Bay Packers teams, Vince Lombardi knew the importance of not resting on your laurels and preparing to win in practice.

“A coach should never be afraid to ask questions of anyone he could learn from.” – Bobby Knight

Bobby Knight is known for his intensity and college basketball coaching success, but Knight has cultivated his achievements by being a student of the game and learning at every possible opportunity.

“If you are afraid of failure, you don’t deserve to be successful.” – Charles Barkley

Never one to mince words, basketball legend and analyst Charles Barkley understands the value of taking risks and learning from failure to become better.

“If your voice is always the loudest one in the room, you risk drowning out the best ideas.” – Javier Loya

Businessman and Houston Texans owner Javier Loya of OTC Global Holdings has helped build the Houston Texans by making sure everyone in the organization has a voice that is heard and valued.