They say that you should always dress for the job you want which is why so many people go out of their way to invest in the best possible clothing no matter what their career path currently looks like. That being said, when it comes to something like soccer gear, you may be thinking that it’s silly to spend much money on the final product. After all, it doesn’t matter how you look on the field; it matters how you play, right? 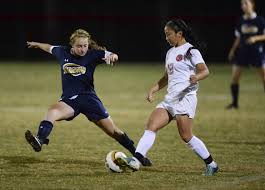 While it’s true that soccer t-shirts aren’t what make the player, it’s also folly to believe that your soccer equipment doesn’t make a huge difference in how you play the game. Think about it: if you and another player have the exact same amount of talent, the better individual will be the one in, say, better shoes. Why lose your competitive edge because of something so simple?

Instead, learn from the best players on the planet. Go out and practice regularly and give it your all on game day. However, don’t forget that without the right equipment you simply can’t expect anything other than lackluster results in the end. Make this distinction and watch your game hit another level.